During our stay in Capri, we had the pleasure of meeting the charismatic folk music group Scialapopolo. Brightly colored traditional clothing, mandolins, tambourines, and lots of energy: these are the elements that characterize this group that has been handing down the local folk tradition for almost one century. Let’s know more about the Scialapopolo and their music.

The traditional folk music group Scialapopolo was founded in Capri in 1925 by Costanzo Spataro. Over the years, the group became well known, thanks to its performances during the New Year celebrations: when the band delivered musical seasons greetings to the most important villas on the island, before proceeding to the Piazzetta of Capri, where a great New Year was wished to everyone, Capresi and visitors alike. The musicians and singers were almost all members of the Scialapopolo family: sons, daughters, and grandchildren included. With the death of Costanzo, nicknamed’ Scialapopolo’ the direction passed to his children and then to his grandson and namesake, Costanzo – the current group leader.

With all that fear, it’s much easier to stay at home in our comfort
zones than to break out and travel. 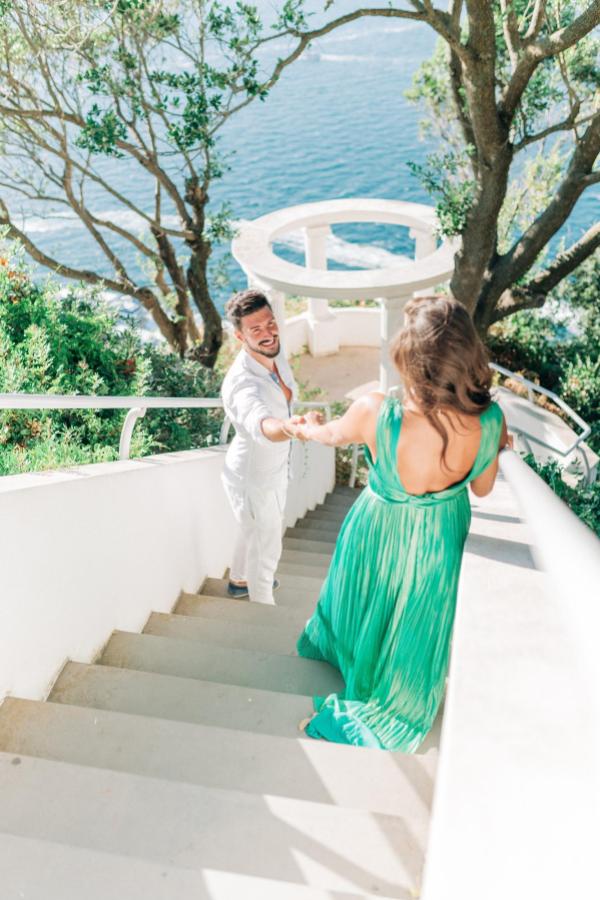 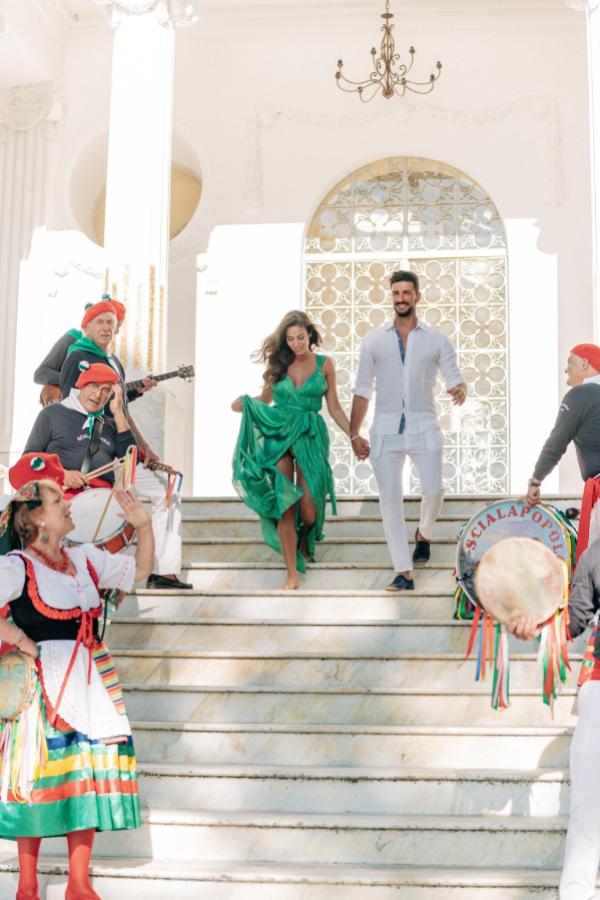 The Neapolitan Tarantella originated in Naples at the start of the 18th century, at a time when marriages were arranged between the families concerned. The love between betrothed couples had to be purely Platonic. Indeed, it was extremely difficult for young men and women to have any sort of physical contact before marriage and most had to make do with an exchange of meaningful glances and smiling languidly at one another. When parents became aware of a reciprocal interest between their offspring, parties were organized which concluded with tarallucci biscuits and wine. 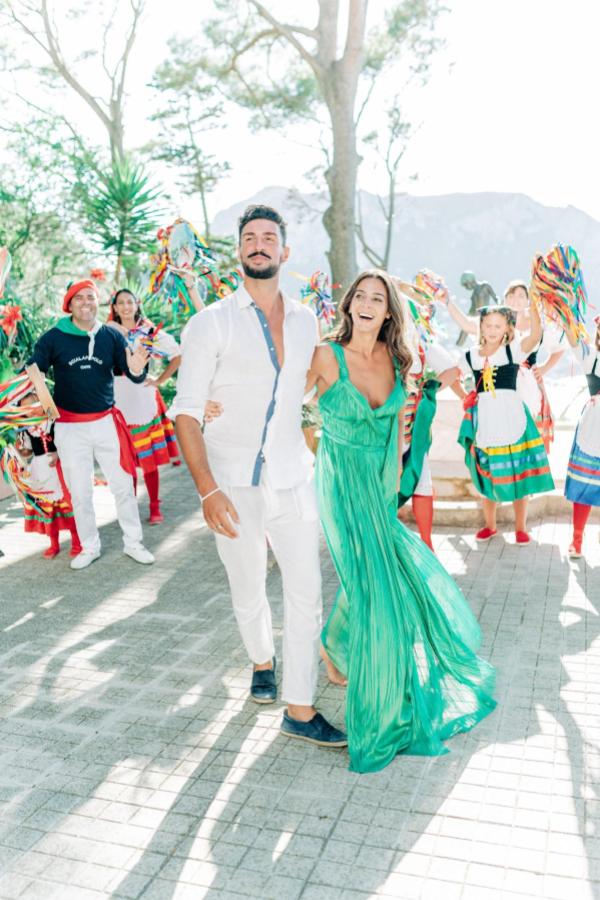 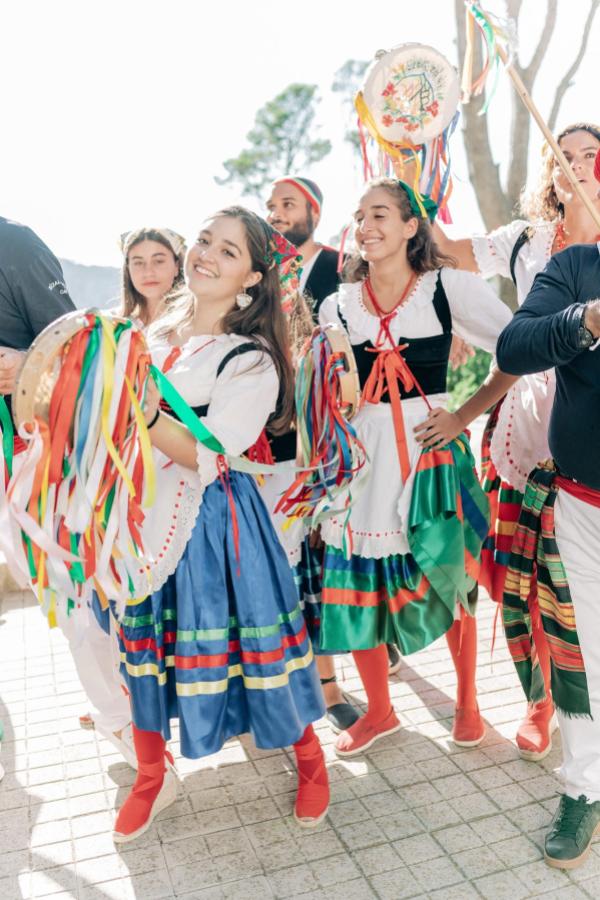 Given that no family was without a mandolin and a tambourine in those days, it was inevitable that, as the festivities began to draw to a conclusion, a Tarantella would be performed. Some years later, the great Neapolitan Maestro, Raffaele Donnarumma put pen to paper and officially composed the first tarantella which was soon illustrated in various paintings, demonstrating how the dance provided a host of opportunities for the participants to look at each other directly in the eyes, and feel for the first time that much-longed-for physical contact; where the simple grasp of hands could communicate the intensity of love about to blossom, and an embrace promised the transformation of momentary happiness into lasting love; indeed, to this very day, many dancers of the Tarantella are united in wedlock! 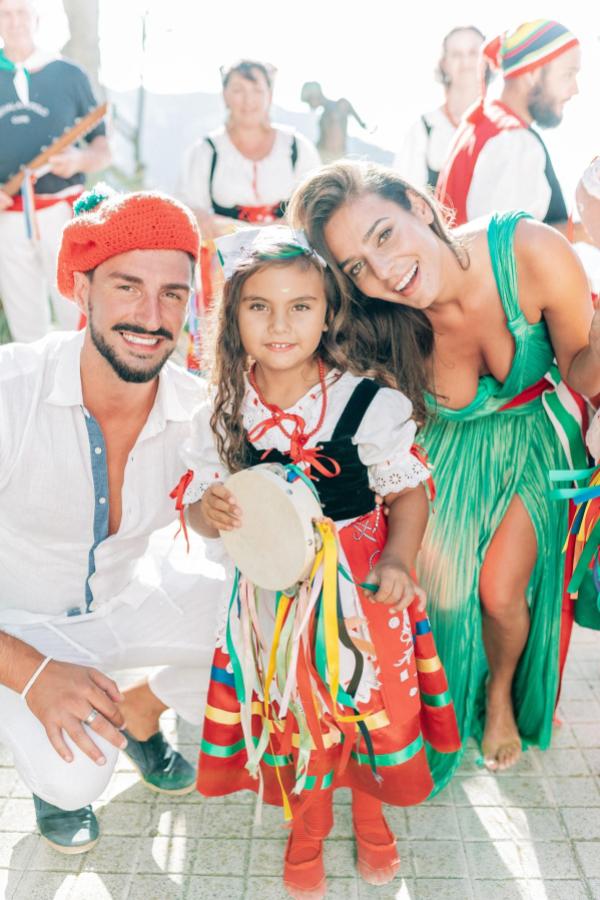 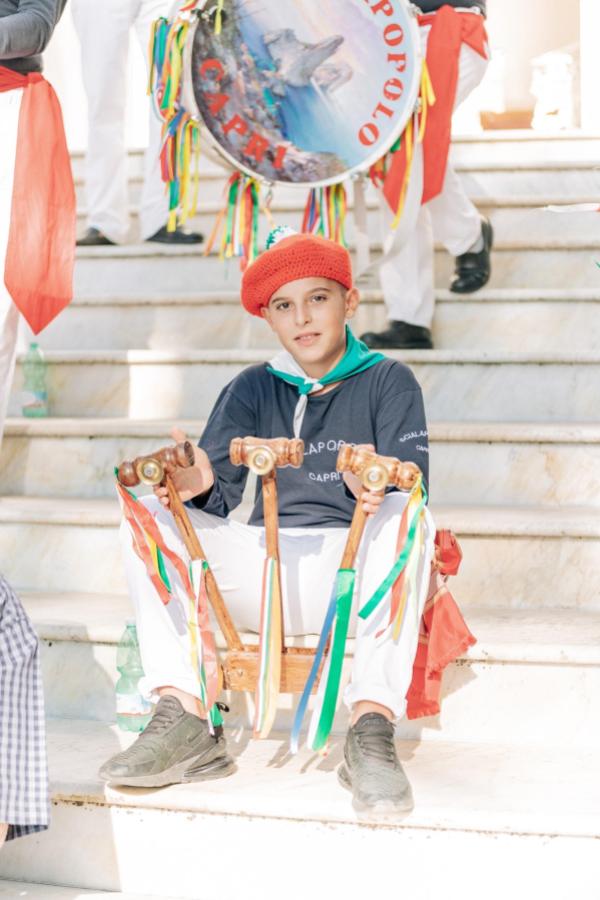 The Tarantella quickly spread through almost all the regions of southern Italy, and many musical variations were born (Tarantella Luciana, Tarantella Internazionale, Tarantella Siciliana, Tarantella Calabrese, Tarantella Sorrentina, etc). On the island of Capri, in 1903, the first ballerina of the Tarantella was Carmelina, a stunningly beautiful 14-year-old, originating from a farming family. Such was her charm and talent that she never failed to entrance the tourists with her dancing and drum playing, called the Tarascone. Later, the Tarascone, a dance based on the simple sound and rhythm of the traditional Tamburello, was adopted by Costanzo Spataro and taught by him to his children and grandchildren. 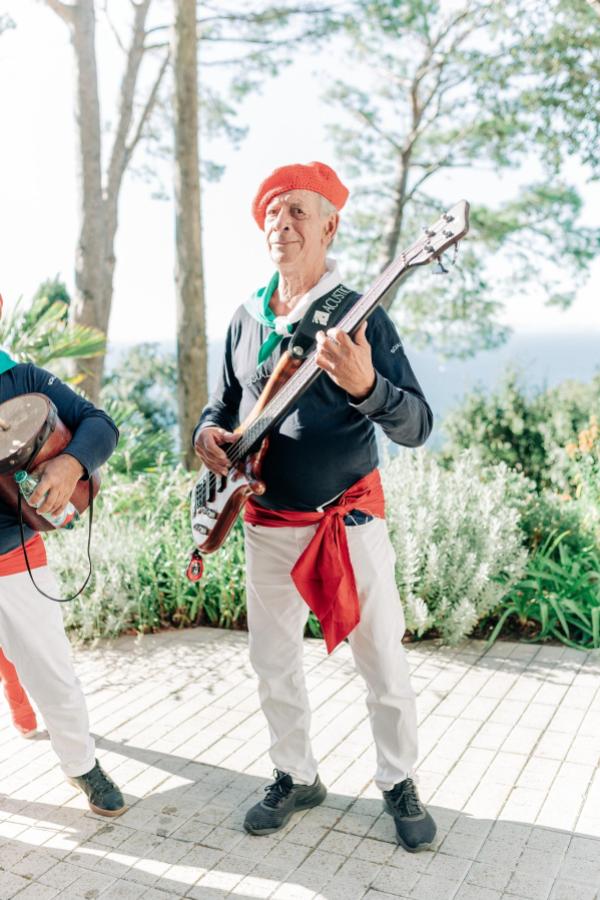 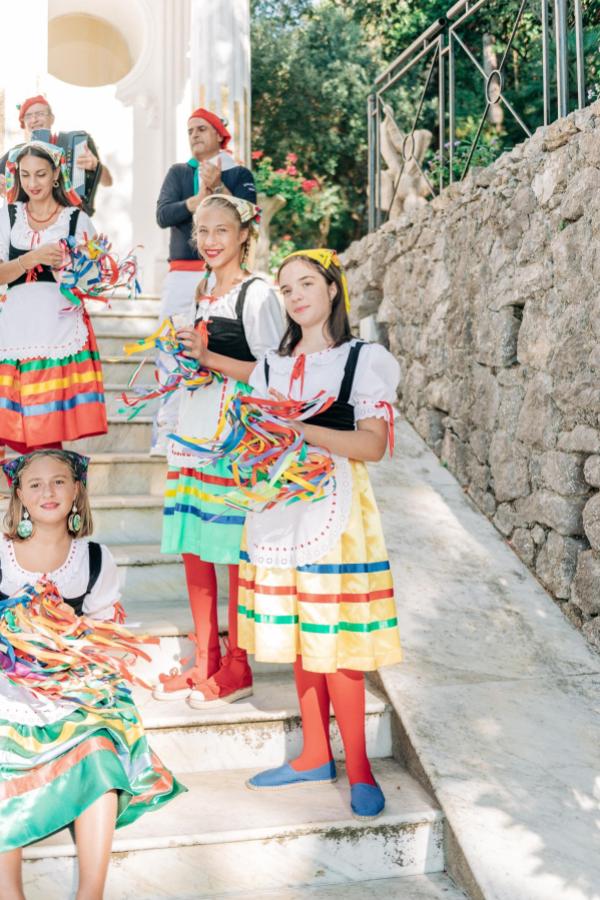 Today the group continues the ancient tradition thanks to the collaboration of the younger generations of the family. Scialapopolo’s granddaughter Isabella, singer and dancer in the group, currently teaches the Tarantella to the children of Capri and has taught, produced and interpreted the most important tarantella of the island. 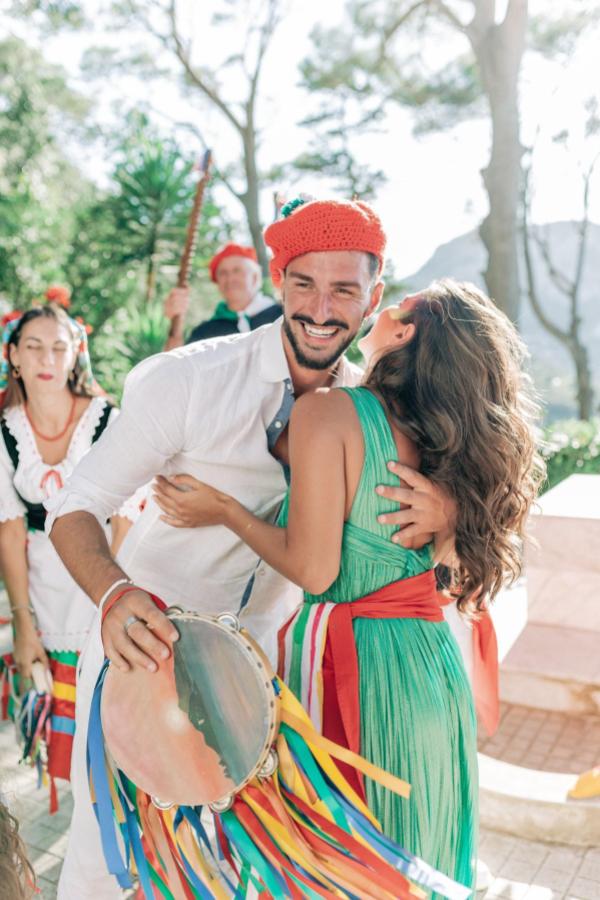 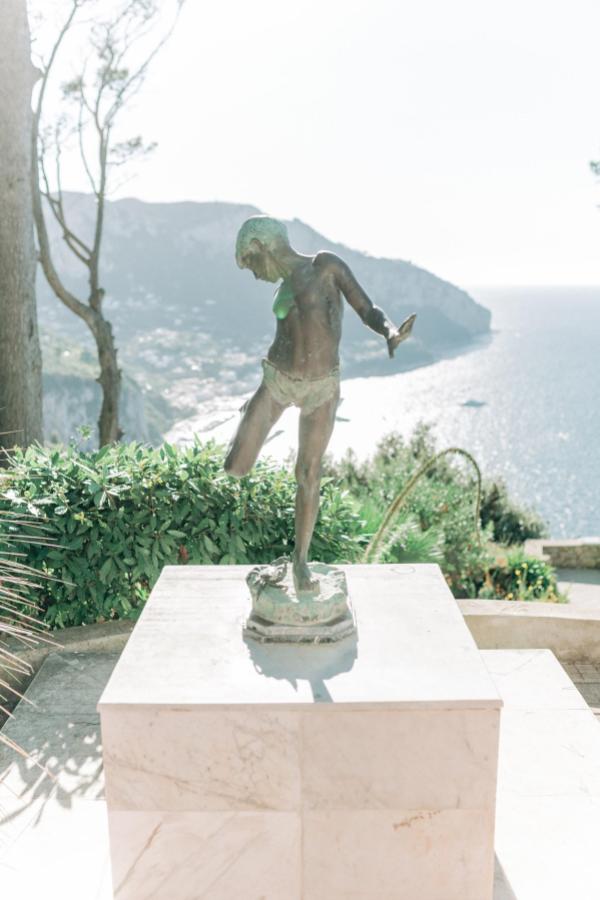 Do you wish to meet the folk music group Scialapopolo? It will be our pleasure to make your proposal an unforgettable experience! 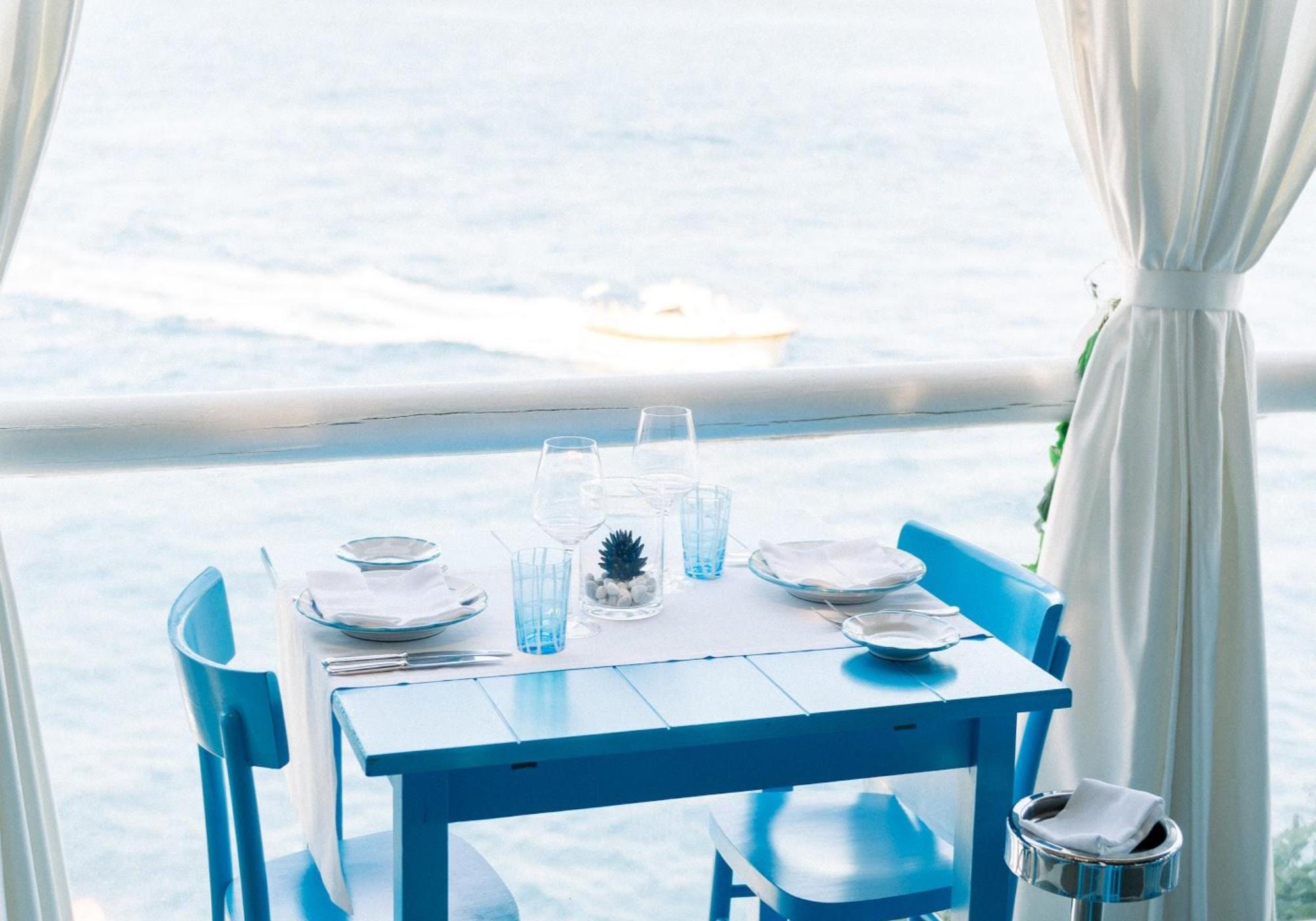 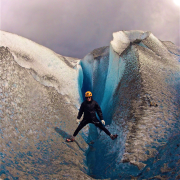 Whether it’s an illness or a genetic trait, wanderlust is something that defines me. I have been living out of a backpack for five years. During this amazing adventure, I have visited 41 countries, learned speak new languages, and build up an extensive network of Travel designers, Concierges & Local Guides. I do believe that travel is for everyone, a little different idea from one person to another but with one initial goal in mind - to experience new things.